It's wonderful that churches, schools, and business have made themselves accessible to the visible minority of people in wheelchairs. For less money, they can also make themselves optimally accessible to the large but largely invisible minority of people with hearing loss--some 37.5 million Americans according to the National Institute on Deafness and Other Communication Disorders. About 1 in 4--some 8.4 million--have hearing aids, a number that would surely increase if hearing aids could double as wireless, customized loudspeakers. 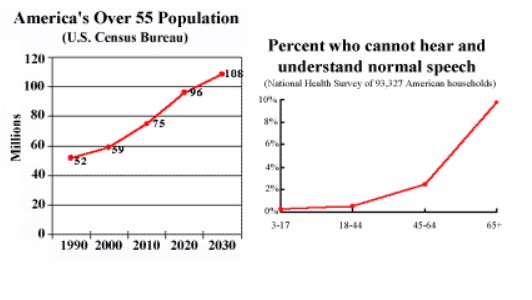 In most places, hard of hearing people hear the broadcast sound, but only after it has traveled some distance from a loudspeaker, reverberated off walls, and gotten mixed with other room noise. Induction loop systems take sound straight from the source and deliver it right into the listener's head. It's as if one's head was located in the microphone, or inches from a television's loudspeaker--without extraneous noise, or blurring of the sound with distance from the sound source.

Hearing Loop at a shop counter or bank 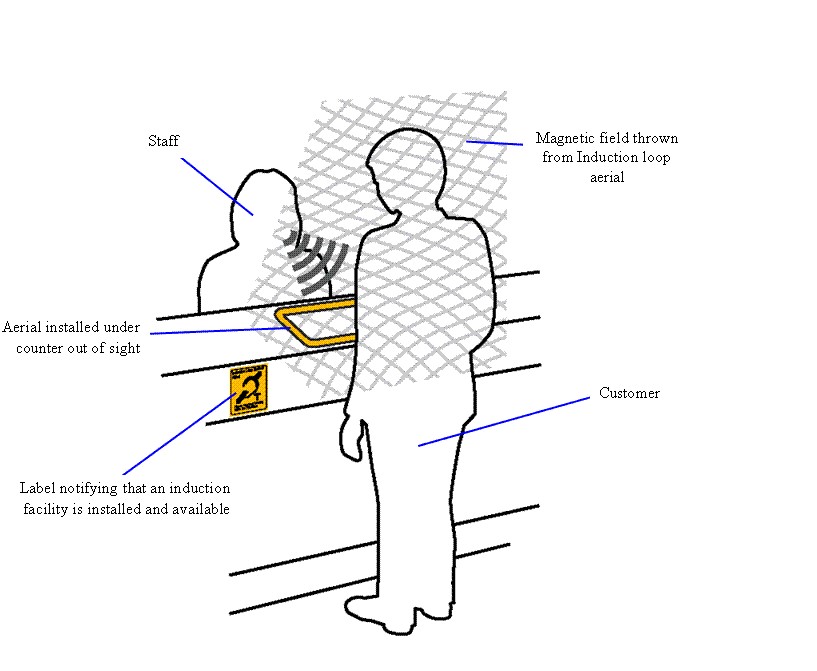 What is a Hearing Loop?

A hearing loop (sometimes called an audio induction loop) is a special type of sound system for use by people with hearing aids. The hearing loop provides a magnetic, wireless signal that is picked up by the hearing aid when it is set to ‘T’ (Telecoil) setting.

The hearing loop consists of a microphone to pick up the spoken word; an amplifier which processes the signal which is then sent through the final piece; the loop cable, a wire placed around the perimeter of a specific area i.e. a meeting room, a church, a service counter etc to act as an antenna that radiates the magnetic signal to the hearing aid. 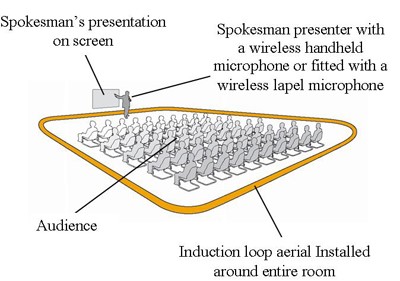